2 WEEKS TO GO!
This post is #9 of a 10-part series in the lead up to a writing conference being hosted by Fiona McIntosh (October 2019). Please follow along with my weekly posts as I share some writing tips and experiences I’ve gained while writing my manuscript and preparing for this wonderful opportunity.

If you’re a writer — and I guess any business owner can relate too — you will no doubt understand when I talk about that little voice called ‘Doubt’. She’s a real buzz-kill who can zap your energy and momentum, and whack you over the head with what you assume is a dose of reality.

‘Can you really get published? Will a publisher really want you, when there are a million other better published authors out there?’ Doubt screams at you like an angsty teenager… you start to wonder if you’ve pursued the wrong passion…

Then, you meet someone who is the sunshine of hope you need! This is Lauren Chater — author of The Lace Weaver. She is the beacon that tells me it is possible!

Lauren is a fellow graduate of Fiona McIntosh’s masterclasses (we attended different years but have connected via social media). She actually won a scholarship to the masterclass and then…. drum roll!… she did it! She secured a publisher and got… are you ready?… A FOUR-BOOK CONTRACT! I just about fell off my chair when I discovered that!

So, pre-published writers, my people who are sitting at their desk hoping and wondering — It is possible! Read my Q&A with Lauren to get a great insight into the path she has taken.

What is it that drew you to writing? Was it something you’ve always loved or a sudden decision to give it a go?

When I was a child, I loved writing and reading and I always had dreams of becoming a writer but no idea how to go about making that actually happen. At uni I studied communications before moving into media and television (where I met my husband). Eventually, we had children and I found myself on leave, able to take a break from full time work for the first time in my life. It was a good time to reassess what I really wanted to do since I knew I didn’t want to return to my (soul-sucking) office job. I decided I’d try writing fiction. That sounds glib but it was a lot harder than I thought it would be (spoiler alert: it’s still hard). I did lots of courses, including Fiona’s masterclass and I wrote lots of bad words. Thankfully, nobody had to read them (except maybe a few unlucky publishing interns).

What has inspired your novels?

My first novel (The Lace Weaver) was inspired by a book I found at my local library about the knitted lace of Estonia. I became captivated by the history of this small Baltic country which had been occupied by so many of their powerful neighbours. I wondered if the shawls could be a voice for women who were oppressed and were unable to express their traditions and heritage.

The inspiration for my second novel (Gulliver’s Wife to be released in 2020) came as I was rereading Jonathan Swift’s classic 18th century satire Gulliver’s Travels and found myself wondering what must have happened when he showed up after his first journey, after being presumed dead in a shipwreck, babbling about an island of tiny people. Would his wife, Mary Burton Gulliver, have decided he was stark raving mad or would she have tried to help him? Those questions formed the basis of my story.

The third book is based on a real life 17th century dress found off the Dutch coast in 2014. It’s probably my favourite (so far; I haven’t reached the structural edit stage yet. We shall see!)

How do you stay focused and get a manuscript written?

Writing is a job for me, one which requires commitment and focus (as well as coffee and daydreaming). Another writer once described novel writing as ‘a desk job’ and this is sadly true; you need to be comfortable spending hours at your desk and in your own head. The danger of course is that you can become quite hermit-like, so I like to get out when I can. I usually spend an hour writing in a local café before coming home to write at my desk.

I can write a first draft in three or four months but then the restructuring and refining takes another six. There are tears and tantrums and copious amounts of self-doubt – but at the end of it all, I get to hold my beautiful book which makes all the effort seem worthwhile.

The golden nugget of information we want to know – how did you secure a publisher? What was your journey like?

Well, like any journey, there were ups and downs. I wrote a lot of work which wasn’t published – short stories, novellas, even a novel which was so underwritten I couldn’t face the thought of returning to it because the editing required would probably have killed me. In retrospect, I can see I had a bit of a commitment problem. I had a lot of good ideas but I couldn’t settle on one and I kept jumping ship, hoping the next idea would be better. I would write up till a certain point (until it got hard) then I would move onto something else. I needed something jog me out of that cycle so when I stumbled across a competition advertising a place in one of Fiona’s masterclasses, I entered the one chapter I had already written (the Estonian lace one). Much to my surprise, I received a call telling me I had won. After I was lucky enough to attend Fiona’s course, I met my current publisher who offered me a four-book contract. The rest, as they say, is history.

What is your best advice for aspiring writers?

It’s the same advice I give myself when I’m having a down day and the writing feels akin to root canal rather than a deliciously indulgent pleasure: just keep going. Persist. There are so many mountains to climb before you hold that finished book but you can achieve anything if you just take small, steady steps. Start with a page, then write a chapter. Eventually, you’ll find, much to your amazement, that you’ve reached the next stage of your journey. Don’t forget to take a breath and celebrate when you do. The view up there can be pretty sweet.

So, there you have it — a writer who started out like so many of us and now has a contract for her written work! It is possible, we just have to keep going and doing!

Read more of this series: 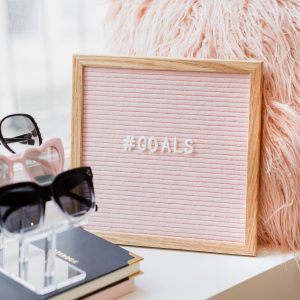